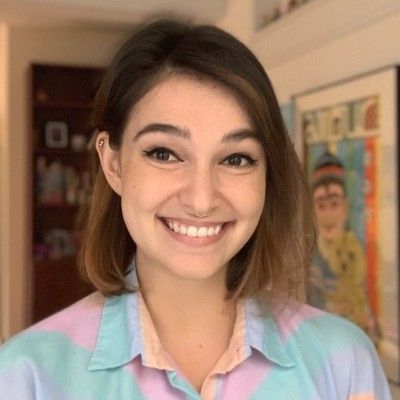 Adrienne “Rizzo” Daniel, Lead Producer at Mythical Games, has made an enormous impact on games in her almost three years here and more than fifteen years in the industry. On top of being an incredibly skilled and experienced Producer, Rizzo is also a proud Mom (to two awesome kids) and wife, cat-snuggler, fantasy-reader, and Lego builder extraordinaire.

Rizzo has tons of insight and experiences to share from her tenure at Mythical and the games industry in general. We sat down with Rizzo to dive into her career, and what makes Mythical Games special.

In your opinion, what makes a great Producer?

Producers are like train conductors. We keep it moving, on the right track, and at the right speed. Many things go into this — people management, organization, and prioritization, the ability to identify and mitigate risk, problem-solving, keeping an eye on quality, etc. What I think makes a great producer, though, is one that listens, observes, and actions. Great producers listen to their people and the community, observe the game and quality, and act through phases.

What was your career path up until this point? What got you interested in Game Production?

Like many in the industry, I grew up playing games. I enjoyed every game I could get my hands on, and I didn’t grow out of it.

In college, I studied computer science and briefly medicine. My interest always fell back to games. In early 2005 I finally stepped into my first game publisher as a QA tester and was in awe of the culture and being surrounded by something I loved. I worked my way into production testing at developers and eventually landed as a Producer at one. In production, I’m able to work on so many facets of the game and all the departments that work together to create amazing experiences.

Why did you decide to join Mythical Games?

Mythical Games appeared on my radar at a time when I was very interested in doing something different. I worked with the same company for over a decade and on first-person shooters for most of it. Blankos Block Party, a game with UGC and working with blockchain, seemed very interesting and exciting. I jumped at the opportunity.

After working at Mythical Games for almost three years, how would you say it’s different from other studios and companies you’ve worked for in the past?

The culture and people from every level are REAL. We listen to each other and have honest conversations with each other from every level. Not only that but we are heard from at every level. We can ask big, difficult questions to our executive team; we can agree or disagree and discuss. We feel the momentum of the company and love where it is going.

This has been one of the best experiences of my career. The people we work with daily care about each other and want to see everyone succeed as well as the game(s) and platform. I’m excited to come in every day because of the people I work with.

What’s been your favorite part of working on Blankos Block Party?

Blankos Block Party is such a fun game, and I believe in where it’s headed. To the moon, haha! I love so many things about the game; the UGC element, the art style, and the music. I love it all!

The game has been so fun and such a departure from the ones I’ve worked on in the past. It feels different and drives community creativity and input. On a daily basis, I can’t wait to see what the community has created and am excited to build more features and create more content that excites them.

If you could give yourself from five years ago advice, what would it be?

Wow, five years ago, I was in such a different place in so many ways. I lived in a different state, worked for a different company, on a different game; I didn’t have kids yet. I would probably say take a breath and play some games; it gets better.

What is your favorite game, and why?

Limbo. I’m primarily into platforming and environmental puzzles. This game blew me away on so many levels — intuitive controls, simple yet stunning art style, simple and intuitive UI, teaching and reinforcement mechanics; it told a story through visuals and audio and feel; I must have played it 100 times or more. It’s a go-to for me when I want to replay something great!

We Are Mythical, Are You?

Are you excited about the prospect of working with Rizzo and other talented, interesting, kind people? Take a look at our Careers Page for the latest open roles, and follow us on LinkedIn, Twitter, and Instagram to keep up to date on all the latest Mythical Games news!

Mythical at Home: Josh Foreman on "The Foreman"

Josh Foreman, Sr. Level Designer is quite the character. See what we mean in this profile on his …

We chatted with Kate Taylor, Creative Director to learn more about her story, career, and advice for …